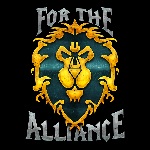 This Raid roster and signups are now LOCKED. Thanks all for the hard work you all put in to keep the 2 groups going through out Legion. Thanks to our raid leaders Mint and Saint for a job well done. BFA Raid sign ups will become active at launch of BFA

Applying to become a raider
When applying for the Raid Roster it means that you have fully read and understand our Raid Rules & Etiquette. Once you are done reading all of the Raiding information we ask that you follow all of the below steps in regards to Declaring your Main or Switching toons.

Please Reply to this Post in following format when declaring your main:
Switching Toons
Only one toon per member will be afforded the Raider Rank. Should a Raider decide they wish to have another one of their toons assigned the Raider Rank, they must formally request the change on the Raid Roster forum and the toon they now wish to become their raider, must meet raid requirements at the time of the request - no exceptions. The request will be reviewed by the Leadership Team for approval. Until the request is approved and your on the Raid Roster, no change is made. However, once the request has been approved, the Raider Rank designation will be changed in game and the player is now expected to raid with that toon. There will be only ONE switch allowed per raid tier.

Please Reply to this Post in following format when declaring your Switch:
Replied Posts
After we have gone over your Declared Main or Switching of your Main and have added you to the Raid Roster and assigned you a group. We then delete the post so that this topic remains clean.

Additional Information
Please be advised when signing up to the Raid Roster, Groups & Sign-Up's that we ask if your a Tank or Healer that you have an viable DPS off-spec. Due to we can only take 2 Tanks and 5 Healers for a 30 man Raid group. Sorry for any inconvenience.

If anyone has any questions or concern. Please ask one of the Raid leaders or Officers.


Alliance Raid Progression (Proudmoore)
The current schedule for progression is three nights per week and all such raids will start at 6PM server (PST) and run until 8PM Server (PST) with an Optional Hour on Friday and Saturday.

Accomplished Casual Raiding
Combined Mythic Raiding
Note:Mythic Raid Night can switch between Friday and Saturday
Heroic will be finished before Mythic night (With 2 groups or 1)

Required Addons
DeadlyBossMods - VEM - BigWigs - Any Boss mod will do, you just need to have one installed and updated.
ORA3 - is a raid requirement, this allows raid leaders to track important items such as raid cooldowns as well as check gear, latency, repair status ect.
GTFO - provides an audible alert when you're standing in something you're not supposed to be standing in.
Exorsus Raid Tools - Helpful addon for raiders, especially for raid leaders and officers.

The raid schedule will be placed on the in-game calendar each week, so please if you cant make it please make a post on the Late/Absent post as early as you can so that we can get an idea of what our group composition will look like.

Goroth As punishment for past failures GorothÔÇÖs flesh is marred with searing wounds. With every movement this behemoth makes, his flesh crackles and hisses with unending torment, a scourge he is happy to inflict upon those who oppose him.Fatboss - Video

Harajatan was trained from birth to demolish his enemies. Through a conquest of savage brutality, he gathered throngs of cave dwelling murlocs who see him as a god. Now, the naga brute merely has to bark a command and hordes of devout followers set themselves to task. Fatboss - Video

Mistress SasszÔÇÖinehas spent a lifetime binding the denizens of the ocean to her dark will. With this power, she summons nightmares from the briny depths to wash away any who dare challenge her. Fatboss - Video

Demonic Inquisition Anticipating the arrival of mortal forces invading the Tomb of Sargeras, Kil'jaeden has called on his best captors, Atrigan and Belac, to lock down the interlopers and prevent them from using the Pillars to advance deeper into the dungeon.Fatboss - Video

Sisters of the Moon The Sisters of the Moon served as wardens for the temple long before the avatar of Sargeras was buried beneath it. Even in death, the sisters maintained their vigil, but over the millennia something twisted their ability to distinguish friend from foe. Their madness slowly consumed them, and now any who enter their sacred chambers are put to death. Fatboss - Video

The Desolate Hosthas spent a lifetime binding the denizens of the ocean to her dark will. With this power, she summons nightmares from the briny depths to wash away any who dare challenge her. Fatboss - Video

Chamber of the Avatar (Wing 3)

Maiden of Vigilance Charged by Aegwynn to defend the Tomb of Sargeras, the Maiden of Vigilance has stood watch for hundreds of years. Yet, the guardian did not forsee what effect the avatar's seeping fel energy would have on this titan construct. Slowly warped by this maleficence, the Maiden now seeks to destroy any in her path. Fatboss - Video

Fallen Avatar The Sisters of the Moon served as wardens for the temple long before the avatar of Sargeras was buried beneath it. Even in death, the sisters maintained their vigil, but over the millennia something twisted their ability to distinguish friend from foe. Their madness slowly consumed them, and now any who enter their sacred chambers are put to death. Fatboss - Video

Kil-jaeden Charged by Aegwynn to defend the Tomb of Sargeras, the Maiden of Vigilance has stood watch for hundreds of years. Yet, the guardian did not forsee what effect the avatar's seeping fel energy would have on this titan construct. Slowly warped by this maleficence, the Maiden now seeks to destroy any in her path. Fatboss - Video

Garothi Worldbreaker Constructed deep within the core of Argus and outfitted with an arsenal capable of decimating worlds, this war machine has been designed for a single purpose: to bring the mortals' invasion to its knees. Fatboss - Video

Felhounds of Sargeras Infused with fire and shadow, F'harg and Shatug are the prized pets of Sargeras. Bred for carnage, these hounds delight in eviscerating their master's enemies. With the Army of the Light and their allies advancing upon Antorus, the Legion prepares to unleash these vicious creatures onto the battlefield and put an end to the mortals' invasion. Fatboss - Video

Antoran High Command Long ago in the golden age of eredar civilization, a council was formed to oversee the defense of Argus and maintain peace. But after their dark bargain was struck with Sargeras, these master tacticians used their military expertise to help orchestrate a Burning Crusade that ravaged countless worlds. Now the full might of the Legion's army is theirs to command, and they wield this terrible power to annihilate all who oppose the Dark Titan's will. Fatboss - Video

Portal Keeper Hasabel Portal Keeper Hasabel maintains the nexus through which the Legion has unleashed its insidious armies upon countless worlds. With portals that open to a myriad of strategic locations throughout the Great Dark Beyond, Hasabel is capable of bringing the might of the Legion's arsenal to bear upon any who oppose her. Fatboss - Video

Eonar the Life-Binder Though she was felled by the blade of Sargeras, the Life-Binder's essence escaped the grasp of the Dark Titan. After millennia spent hiding in isolation, Eonar's sanctuary has been discovered by the Legion. Should her soul fall into the enemy's hands, Eonar's powers of nature and growth will be perverted to make the Burning Crusade unstoppable. Fatboss - Video

Imonar the Soulhunter The infamous Imonar serves as the Legion's bloodhound, capable of tracking prey across the cosmos. With a vast array of gadgets and traps at his disposal, Imonar has yet to lose a bounty... and he certainly doesn't intend to sully his perfect record by failing to fulfil his latest contract. Fatboss - Video

Kin'garoth The design of every Legion war machine stems from the depraved mind of Kin'garoth. Obsessed with crafting implements of death, Kin'garoth infused his very body into the production machinery so he could more efficiently churn out a never-ending supply of destruction. At the behest of the Legion's dark master, Kin'garoth's fevered brilliance has developed a new super-weapon which he plans to unleash upon the Army of the Light. Fatboss - Video

Varimathras As one the dreadlords overseeing the Legion's forces during the Third War, Varimathras failed to stop the rebellious Lich King. He submitted to an ill-fated alliance with Sylvanas Windrunner, then made one last bid for power before facing a humiliating defeat. In payment for his blunders, Varimathras has been tortured by the Coven of Shivarra. The vindictive sisters stripped away both flesh and sanity, leaving only a singular desire to inflict suffering upon the mortals who cost him everything. Fatboss - Video

The Coven of Shivarra Having proven themselves to be the most depraved and fanatical of all his followers, Sargeras entrusted the Coven with the unholy task of twisting the minds of the fallen titans into an unstoppable Dark Pantheon. Each sister employs her own signature brand of torture, eliciting screams which echo throughout the halls of Antorus. It is said that neither mortal nor demon can refuse their whispers, making it only a matter of time before the will of the titans is broken. Fatboss - Video

Seat of the Pantheon (Wing 4)

Aggramar Once the noble Avenger of the Pantheon, Aggramar was struck down by Sargeras and reborn as a titan of destruction. He now stands at the core of Argus, guarding a power that could unmake the universe. Not even demons are permitted to tread within the titan's halls, and any mortals bold enough to trespass will be reduced to cinders by Aggramar's burning blade, Taeshalach. Fatboss - Video