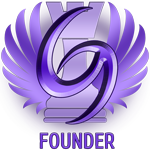 That's right folks, I am looking for some vict... er players for two tabletop games coming up, Satanic Panic and Degenesis: Rebirth. Below is a brief description of each game, how long they are expected to last, and what is required to play. The games will take place Sundays at 7:00 PM CST ,usually last 3-4 hours, and be streamed live via Twitch.

People whisper in hushed tones about a corruption taking hold in the world. A secret wildfire spreading from basement to basement called tabletop. Some say it is evil, some say it is turning their kids into monsters, and some say it is summoning demons.

…and every whisper rings true.

Tabletop is bringing evil into the world and turning people into monsters and you are one of the few that stand against this evil. You can stop tabletop.

Satanic Panic is a tabletop roleplaying game set in the fictional 1970’s and 1980’s where players take on the role of secret government agents tasked with combating the evils of tabletop. The players work as a team with the common purpose to contain, control, and eliminate the threats to our world. They must do all this while keeping the truth from the public, lest a panic ensue.

This game will consist of 4-5 players who take on the roll of government agents to track down and put a stop of Tabletop Games! To play you will need Discord, a set of dice (d4, d6, d8, d10, d12, d20) and a webcam (this is optional but preferred). We will be playing via a Discord group call so while a webcam is not required it is encouraged as is dressing up as a government agent

This game is expected to last 6-7 sessions depending on your agent skills.

The game is categorized by the designers as "Primal Punk", a description detailing a world in which humanity is at its end and denying its end-of-times struggle for survival.

The game is set around the regions of Europe and North Africa at the end of the 26th century, more than 500 years after a major asteroid event devastated the face of the Earth and the ensuing chaos and conflict reset human civilization, when it was just at the edge of transhumanism. From the ashes of the old world, new cultures emerge and fight for survival.

Furthermore, an alien entity travelled within the asteroids, and in its interaction with terrestrial lifeforms it pushes them to mutate and evolve. The Primer, as it is called, is a menace to the human species, for when it infects a human embryo it can turn it into something more primal: A Homo Degenesis.

Characters within the universe are shaped by three different ideals: culture, cult and concept. Culture is defined as the home region, the concept as the character's personal background theme and the cult as the player's team or organization. The story universe spans 13 different cults, which are either at war, partnered together or neutral within the current world state. Players choose characters whose attributes and actions are defined by their choice of cult.

This game will consist of 4-5 players. To play you will need Discord, a set of dice (d4, d6, d8, d10, d12, d20) and a webcam (this is optional but preferred). We will be playing via a Discord group call so while a webcam is not required it is encouraged

This game should last a few months, depending on game play.

****This is an adult themed game and not for the squeamish or easily offended.****
Visit http://twitch.tv/fshschmo for live WoW streaming!
Top
Post Reply
1 post • Page 1 of 1