Next Grievance Open Council Meeting - Sunday 09/19/21 7:00pm CST
Getting an invalid forum token when logging in? Clear your cache and cookies and try again! 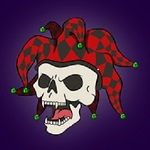 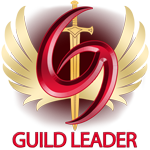 
Black Desert Online (BDO) Guild Mission Statement
This Charter in no way supersedes the Grievance Organization charter. All members should make themselves familiar with that charter prior to joining Grievance!


*Disclaimer*
This Charter can and WILL change as the guild grows and matures. The application & promotion process WILL become more complicated and difficult as the guild continues to progress.
The Guild Leader reserves the right to make changes and rulings to this policy at any time, including on the spot if needed, in order to correct loopholes and keep things fair.


Clauses to be aware of

Common Sense Clause
No policy is 100% safe from exploitation and the officers are here to make sure all things are done fairly. All changes made to the charter in this matter will be reviewed by the Guild Leader before being set in stone.

The Guild
The advancement of the guild is all-important. Guild progress equals personal progress. If you are not a team player, then stop now and look somewhere else. It is very important for players to help grow the guild through our guild missions, node wars, and events. Please help with missions, node wars, and events as much as you are able, while keeping to your play style and available time!

The guild is limited to 100 players per each in-game guild and with all the interest we have formed two guilds as one. The two guilds are Grievance and Dark_Grievance. Grievance and Dark_Grievance must use Discord in order to organize PvP/PvE events. Being in Discord is being in Grievance, even if you are on the waiting list to join. The Guild Leader is responsible for determining what guild the player will join. Guilds will be balanced based on the ability to do Node Wars at an attendance rate of 30%. Players who meet this requirement will stay in Grievance while those who cannot make the minimum requirement(s) will be moved to Dark_Grievance. Players will be shuffled as needed. All members in Dark Grievance will have <DG> in their name! This will allow officers to quickly identify which members are available for guild mission, events, PvP issues or to move them to other Discord channels as needed.

If you do not want to PvP then do not level past 49.99 through the Black Spirit quest [To Level 50!] Go Beyond Your Own Limits! Be aware by not leveling past 50 you will not be able to do most high end PvE content. If PvE high end content is what you want you must deal with PvP. If you cannot handle PvP then this game is not for you!

The Guild’s Responsibility to You, the Player
The guild is responsible for your main character and only your main character. As a guild we will help gear you up with necessary items and help you complete the necessary quests needed to progress your character throughout the known world and beyond to participate in node wars, ocean content, and events.

Player's responsibility to the guild
You (the player) are responsible for your own actions at all times, including any and all of your other characters. At no time will the guild intentionally hold events with the sole intention of specifically progressing anyone’s alternate (alt) character.

Discord Naming Convention
Due to the need of in-game and forum management, there will be a mandatory format for Discord names for all members. The format will be as follows:

Dark Grievance will have <DG> at the end of their name.

Individual PvP
Outside of organized events and arena duels it is unlawful to kill any member of Grievance (Grievance or Dark_Grievance). We are one guild and must act as such!
Be warned! Wearing a Ghillie suit (Treant and/or Desert) could end up with you being killed by another Grievance member and it will not be the fault of the attacker. If you are wearing a Ghillie suit, be in Discord and make sure everyone is aware. If a player gives permission to be killed this rule will not apply.

Regarding complaints regarding the behaviour of non-Grievance members:
If a player is acting in a manner contrary to the game’s ToS (Terms of Service), please report them. Take screenshots or record a Video and please include all evidence in any ticket you create. If a player is harassing you verbally please ignore or report them. If a player is attacking you please contact leadership or ask other members for help in Discord.

World PvP
We follow the tenets of Family, Honor and Loyalty. We will follow those tenets while remaining true to a PvP game. We want to retain our reputation in the gaming community even though we participate in PvP!
Players may go outlaw for the purposes of gaining knowledge in the outlaw town Muiquun, do outlaw quests or to deal with griefers. Players must let an officer know they have gone outlaw and why they have done so. They also need to make sure if it is going to be longer than a day or two that they let the officer know that as well.
War PvP

Rules of Engagement
It is very important that the BDO chapter of Grievance remembers its organizational roots; Family, Honor and Loyalty. It is crucial to remember the honor part of the Grievance code. It is also vital to remember this is an open world PvP game. Open world PvP is a feature of BDO. I will not disallow open world PvP, however Grievance will now follow these simple rules of engagement in all conflicts. Grievance wars will be reserved for taking and defending a grind spot. They will be dropped once no longer needed for those purposes. War Declarations will not be perma dec and will not be used for personal vendettas. We will instead use a KoS list for toxic guilds and players.

Guild and Player KoS List
*** Reminder everything you do reflects on all of Grievance. Players take note of the guild tag first and not the player name or family name. ***

Killing people for no reason is unacceptable. Killing someone because you are bored is not allowed. Killing players that are perceived as AFK is not allowed unless they are on the Grievance player KoS list or on the guild KoS list. If you are bored please go to Arena of Arsha, Arena Channel, Red Battlefield, or Battle Arena.
Taking of a grind spot
This is an open PvP game and as such it is designed for the taking of grind spots. Grievance will be allowed to take grind spots under these rules.
Last edited by Lord Scythe on Sun Jul 10, 2016 7:35 pm, edited 6 times in total.