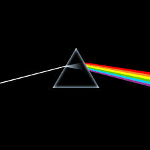 Alpha has arrived for Crowfall!

“We are excited that Crowfall has hit Alpha, and is on its way to Beta! The Alpha release marks the completion of our last major gameplay system, the Dregs (our guild vs. guild battle world),” said ArtCraft Co-Founder and Crowfall Creative Director J. Todd Coleman.

Our most recent update, War of the Gods, was released at the end of March on our TEST server and includes key features the community has been looking forward to exploring, including the Frostweaver, the final addition to the Class lineup for Crowfall. Their versatility as a ranged tank, damage dealer or healer make them a powerful ally for any team (and a great deal of fun to play!)

Perhaps the most highly-anticipated feature of the War of the Gods is the Dregs. The Dregs features a campaign world with intense guild vs guild sieging, innovative city-building in player strongholds and the unique Divine Favor system. The Divine Favor system allows players the ability to compete for the favor of the Gods by choosing different objectives to try and win the strategy game beyond just territory capture.

Having reached the Alpha milestone, we’re now focusing on performance and balance as we move towards closed Beta.

All Crowfall backers can participate in playtesting the latest updates to War of the Gods on the TEST server, or play on the LIVE server which offers a smoother experience. Check out this article for more information on the ways backers can join the battle play.

Registration is also a great option for those interested in joining our free closed Beta test. Sign up here and make sure you are opted in to receive our Beta Test emails so that you’ll know when it’s time to claim your spot in Crowfall history.
"Ticking away the moments that make up a dull day. Fritter and waste the hours in an off-hand way"
Family - Honor - Loyalty