WILDSTAR: STATE OF THE GAME 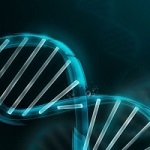 WILDSTAR: STATE OF THE GAME

Hey everyone! The last year has been a busy one for all of us here at Carbine. Not only have we released three major content updates for WildStar since last winter (Mystery of the Genesis Prime, the Protogames Initiative, and INVASION: Nexus), we also transitioned to a free-to-play game in September. Add to that two major holiday events with Shade's Eve and Winterfest, and an ongoing cavalcade of in-game events like Space Chase, Sim-Chase and the Boss Hunter ChallengeÔÇö, and I'd say that it's been a great year for WildStar. Plus, I finally got my Spider-Rider mount from Madame Fay, so my life is now complete.

But we've got an even better year coming up. First and foremost, I wanted to let all of you know that I am now the Game Director of WildStar. That means that IÔÇÖm the person ensuring that we continue to make the awesome game we have been, as well as leading the charge to make it even better as we look toward the future. As you might know, IÔÇÖve been working on WildStar for a long time. I love this game, this universe, and the dedicated players that make up our incomparably amazing community. WeÔÇÖve had our successes, and weÔÇÖve had our challenges, but Carbine's dedication to the game has never once faltered and we remain as committed as ever. I consider it a privilege to lead this talented team as we head into the gameÔÇÖs exciting future.

And what does the future look like? Two words: more content! As youÔÇÖre hopefully already aware, we just announced our next updateÔÇöDestination ArcterraÔÇöand itÔÇÖs chock full of awesome stuff. Most importantly, this update includes Arcterra itself, a brand new max-level zone that features unique design mechanics, great rewards, eye-popping art, and an epic storyline. In my opinion, this is the best zone that we have ever developed, and I canÔÇÖt wait for all of you to be able to check it out. Even more exciting (especially for me), this update will also include the second chapter in the Nexus SagaÔÇöVault of the Archon. Like the first chapter (Journey into OMNICore-1) this exciting adventure features different gameplay mechanics, cool boss encounters, fully voiced NPCs, and jaw-dropping cinematics. And my favorite part is that this will be the first story-based instance thatÔÇÖs multiplayer. Similar to Expeditions, you can either choose to play it solo, or grab up to five people and experience this new content together. All of this content will soon be released on the PTR, and will launch as soon as weÔÇÖre happy with it. In addition, weÔÇÖll also be hosting a number of in-game events throughout the Destination Arcterra timeframe focused on enhancing (and rewarding) participation in this brand new content, while at the same offering cool new store items, and expanding our current catalog to have both character- and account-bound choices.

But the cool stuff doesnÔÇÖt end there. Coming up in future releases we have more exciting content that will take players to new places on planet Nexus ÔÇô and beyond! Later this year players will find themselves in the Halon Ring, an asteroid belt around planet Nexus that is home to outlaws, marauders, and other unsavory individuals. Anything can happen in the Halon Ring, and it probably will. And speaking of marauders, we just announced that the next major raid in WildStar will be the Redmoon Terror. This is an incredible new raid, and although it wonÔÇÖt be going live with Destination Arcterra, we want to get some early testing of it done during the Arcterra PTR so we can get lots of feedback from our dedicated raiding community before its release. WeÔÇÖre also working on a brand new Expedition (super cool and creepy!) as well as the Item Upgrades system, which will enable players to make their gear even more powerful. Lastly weÔÇÖre taking a close look at PvP, and are working on a number of initiatives to improve the overall experience for our players, along with incenting more participation in both instanced and open-world PvP. This is just a sneak peek at WildStarÔÇÖs roadmap and whatÔÇÖs coming up in the future, so keep an eye out for lots more info in the coming weeks and months.

WeÔÇÖre also continuing to work with our partner Giant Interactive to bring WildStar to China, where we just recently went into closed beta. WeÔÇÖre getting some great feedback from everyone playing there, and weÔÇÖre looking forward to a successful launch later on this year.

Obviously, thereÔÇÖs a lot to be excited about as we look ahead to WildStarÔÇÖs future, and IÔÇÖm glad that weÔÇÖve been able to share it all with you. IÔÇÖd like to close by saying thanks to all of the WildStar fans out there who have been with us since the beginning, and also a thanks (and welcome!) to those just now coming to check it out for the first time. It might go without saying, but all of the hard work, passion, and creativity that the WildStar team pours into this game is because of all of youÔÇöand I feel lucky to be a part of it. I also want all of you to know that one of my primary goals as WildStar's Game Director is to make sure that we are always communicating with you. For me, making great games has always been about the dialogue between devs and players. Personally, I'm looking forward to continuing the conversation.

Users browsing this forum: No registered users and 8 guests