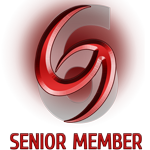 There are allot of sly remarks against the Aldmeri Dominion. This is NOT Tolkien. To bolster some enthusiasm, here is a bit of Elder Scrolls lore:

- A great majority of the Altmer (high elves) are elven supremacists. Almost like Nazis. They are evil and owning slaves is in their DNA. Do you think an Altmer has ever swept a floor? Beneath them.

- Bosmers (wood elves) might be tree huggers, but they eat their kills. Including ALL kills...... Imperials, Nords, Argonians, ect. They are total cannibalistic meat eaters. Have to be, because they refuse to chop wood or eat plants. Easy pick for werewolf or vamp.

- Khajiit (cats) are backstabbers and thieves. They take and take and take..... More so than any race. They are the center of every illegal drug trade. Why do you think they have the best assassin bonuses?


Aldmeri Dominion are far from the good guys. They believe the other races are flawed and have ultimately caused the current crisis with Molag Bal. Elves erected the White Gold Tower...... Elves should rule the White Gold Tower. Simple!
Top
Post Reply
1 post • Page 1 of 1

Return to “Lore and RP”