Next Grievance Open Council Meeting - Sunday 06/13/21 7:00pm CST
Getting an invalid forum token when logging in? Clear your cache and cookies and try again! 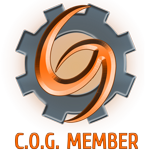 So now that we are on the last day of this open 'pre-alpha multiplayer tech test' (they really want us to know it isn't the finished product huh?) I thought I would give my opinion, and see what the rest of you thought while I am here.

The first Titanfall, was fun for about 2 hours for me. I am pretty much garbage at shooters until I get a good amount of play time (which I like to do in a campaign mode because a kdr of 1/10 can suck the fun out of learning a game). The tutorial on this test has a race mode that reminded me a lot of trying to get around in Mirror's Edge (the mobility has greatly improved in this version). You can even equip a grappling hook that will zip you up to whatever you attach it to. The titans themselves are more varied as to their roles and abilities. This test had 2 different titans; One was a fire based model that could lay down aoe and also use it to control movement on the battlefield by blocking the ground with a lasting fire effect. The second titan was a single target dps model that had a powerful ion blaster in its chest. This test had a multiplayer mode called pilots only that takes the titan suits out of the mix if you just want to have a high mobility robot free match. Next weekend it appears they will release a co-op mode that has you team up to take on waves of enemies which is a cool change of pace from the total PVP focus of the first. They also indicated that they will be releasing a single player campaign with this version which in my opinion is one of the things that the first one would have benefited from. All in all I am still not ready to go in for the pre-order, but I do feel that the game shows marked improvement from the original, and I will be keeping a hopeful eye on it.
Top
Post Reply
1 post • Page 1 of 1