Next Council Meeting: Sunday May 17th at 7:00 pm cst.
Getting invalid forum token when logging in? Clear your cache and cookies and try again! 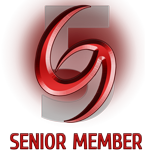 So as of late in social media, the Rift developers have been very active with responding to players and even with updates.

Just recently, I noticed they released an article stating that they are going to push new content and balances in the near future.

Rift has always been close to my heart as it's the guild that got me started in Grievance and it's the only mmorpg that kept me entertained as much as WoW did.

I havent read it yet as I hadnt played Rift since NT expansion however I'd like to give it a read soon. For those still here or gone, I'd love to hear your thoughts!

Re: Maybe a turn for Rift?

A fair amount of the items in the list were items that were in-flight or up for discussion prior to the gamigo purchase. It’s great to see those items coming to fruition.

I’m hopeful that they start working on rolling out content and fixes with a steadier pace. There are definitely naysayers, but if you’re coming back after stopping in NT, there’s stuff for you to do for a while.

I come and go from Rift, but if you’re online and see me, lemme know and I’ll help out however I can. Feel free to ping me on discord too.